There is a musician you need to have in your regular musical vernacular.  His name is Sam McCormally.  He is the voice of Ugly Purple Sweater (who have recently released a beautiful new album).  Sam and I have collaborated on the 365 many times, released a song on a Pearl and the Beard EP, and continue to admire and support each other’s work in the real world.

As the 365 is a journal of sorts of my musical life, I would be amiss if I did not include two beautiful pieces written by Sam McCormally (playing guitar and piano) on which he asked me to play cello.  He is not only a talented songwriter but scores for film as well.  These two compositions I’m posting for you were written for a film he was working on, but, like most film scoring, a piece is bound to not make it into the final score.  In this case, one of my favorites that didn’t actually make it into the film was recorded in a stranger’s house earlier this year.  I am going to post the first of his two compositions today, as he just sent me the final mixes yesterday afternoon.  I hadn’t heard them in months.

He and I played this live together, but the quality of the piano Sam recorded on didn’t quite capture the piece as he had envisioned.  However, it still stands as a great testament to Sam’s fine musical ear and talent for tone color.

At the time of this recording, I had been doing so much songwriting and improvising that coming together with another musician to play off of a score was so refreshing.  Every kind of activity uses different parts of the brain and body – this was muscle memory I had been neglecting.  I miss collaborating musically over a score in this way (like a classical trio or quartet might do) and working with Sam in this way was especially rewarding.

Here it is… the cathartic release of one of my favorite 365 songs. 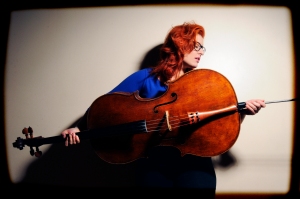 EHP Feb. 2012: taken by the one and only Shervin Lainez
http://www.shervinfoto.com

The incredibly talented Sam McCormally of Ugly Purple Sweater and I toured together during early 2010. During that time, he and I sat for a few hours and wrote and recorded “A Thousand Thousands” in a few hours for the 365 Project.  It sat here, on this site, for nearly two years, waiting to be re-imagined.

Well, we did it.  It has been imagined.  Again.  Recorded by Ivan Basauri at Inner Ear Studios, Arlington, VA and mixed by James Frazee in New York City, we offer it to you proudly and whole-heartedly.

You can listen to it and own it yourself along with 3 other songs – 2 of those three being penned by non other than Pearl and the Beard‘s Jocelyn Mackenzie and Jeremy Styles, each having their own song debut on this EP single release.

Much love to you.  Thank you for reading, listen, and just being you…

END_OF_DOCUMENT_TOKEN_TO_BE_REPLACED

Do you remember Sam McCormally of Ugly Purple Sweater?  From Song 10: A Thousand Thousands?  Since collaborating on that song on tour, Sam and I have become good faraway friends and far away music friends (yay!).  When I was in Portsmouth visiting with Guy Capecelatro, he mentioned to me several different kinds of collaborations he had done with friends.  One such collaboration incorporated the handing over of lyrics from a previously written song to someone else with which to make a new song.  One week ago, I approached Sam McCormally (the assumed formerly O’Gormally – alliteration!) and asked if he wouldn’t mind, instead of using an already written song, writing new lyrics for me, and I would put music to them.  Neither one of us had ever done anything like this before.  Why Sam?  I love his writing style (it’s a plus that it’s also different than mine: he reads books.) and intuition, and he’s as smart as they come, so I knew he would really challenge me.

Today, I received an email:

Here’s a song! Do whatever you want with it! Use it for a song! Laugh at it! Print it out and use it as bathroom tissue!

But more seriously–any rearranging of things, or adding to things, or repeating things is perfectly fine by me. And you can do it with zero consultation; so if you decide to double the chorus and add a verse about a pie eating contest, then God bless you.
A brief word on the meter: the verses are triambic, so the syllable pattern is unstressed-unstressed-stressed. In each pair of lines, the first is 4 feet and the second 3 feet.. The chorus (the “do you want to eat me?” part) has no particular meter.

I have a huge ring of keys: skeleton keys, square-cut keys, round keys, stupid keys, red keys… they are heavy and jingling. I am standing at a door that says, “Sam’s Lyrics. Please Enter.”  There are keys that obviously don’t fit: a key to a Hummer is not fitting in this door, and I don’t have to try it to know that.  However there are some keys that are going in, but they don’t turn the lock.

This is my free-form analogy to how I feel.

Cello Opening: Going to my cello, I began experimenting with tunings once again.  I ended up with three strings all on D# and let the C down to an A#.  I started playing around with motifs which ended up creating the “prelude” improvisation at the beginning.  I have played some really awesome microtonal music in grad school from the middle east: so fascinating and very difficult to play.  I tried to incorporate a tiny decoration of microtones in this opening, but they are so hard to play accurately, I wouldn’t be surprised if, in reality, they weren’t in there after all.  Afterwards, finding the melody only became easier when I called up Sam and he sung the rhythm he had been intending.  It was important for him to not give me any melodic material: I’m easily affected musical ideas.

Recording: Wanting Sam to put his incredible voice on this song was a priority for me, so I recorded my vocals and cello simultaneously, but purposely leaving vocal spaces for Sam to use at his discretion.  He added vocals to my chorus, and I love it.  Sam sent me his original version of this song, which I refused to listen to until I had sent him mine.  I was such a wuss about it, too… I was sick nervous to send him my version, wondering what he’d think.  I’m unhappy with the performance on my part, but I have to say, doing this song really had me thinking in ways I don’t normally (at one point I thought, “How would Ugly Purple Sweater handle this?”).    Given that Sam wrote very long lines lyrically, it was challenging to find something I really liked that was easy for me to sing, which this is not.  With a little practice and familiarity, I could get these vocals where I want them…and play it live.  (Sam? Trip to NYC, yo!)

The title is one Sam sent with the vocals.  Dad, just go with this definition: Vorarephilia is derived from the Latin vorare (to ‘swallow’ or ‘devour’) and Ancient Greek φιλία (philia, ‘love’).

I am posting Sam’s version and my version of this song.  (These versions are so different from one another.  The coolest thing about today was hearing two very different songs.  I loved doing it, even though I’m sitting here being gross critical of my version, but hey, EHP, let’s stop that.  Sam’s version is unbelievably wonderful…unsurprisingly.)

(P.S. The entire construction and all of Sam’s parts, was done over email this evening.  Sam, you are the best.)

January 27: Remixed version with a bit added, without intro (just in case you were fast forwarding past the intro like I was).  I like this one better, but I’ll keep up the original.  I’m sentimental.

I have been on tour with Sam McCormally, a member of Ugly Purple Sweater, for the past four or so days.  Not only does he have one of the sexiest and absolutely gorgeous voices I’ve ever heard, but he is also an amazing songwriter and guitarist.  This tour was the perfect opportunity to collaborate with him.  Funny enough, I think we’re somewhat similar when it comes to writing (both in the technical aspects and in a few of the little insecurities that tend to occur), so it was eye-opening and a totally fulfilling creative experience for me.  If you haven’t heard of Ugly Purple Sweater, you need to have heard of them.  Their writing is probably unlike anything you’ve heard.  Their music is available at www.uglypurplesweater.bandcamp.com. (And if you want a recommendation, the song 2/3 Creatures is my personal favorite.)

I feel the writing of this song was fated to be with Sam.  I started this song on accordion with a little lilting rhythm but only had the first verse and had no idea where to go from there.  I loved it right away when it was born, but it is so emotionally close that I found myself procrastinating and sat on it for months and months.  Jocelyn heard the 10 seconds of it I had written and has been persistent in me finishing the song.  I put off even looking at it until last week and quickly pumped out a second verse, but I still got stuck.  Yesterday, I took the first two verses to Sam, and we pounded out changes in the verse, a chorus progression, melody and a bridge even before coming up with lyrics.  (It was Sam’s suggestion to put it into 5/8 time.  Absolutely perfect.)  According to Sam, he prefers to write music first, not lyrics, which is kind of foreign to me.  For me, most of the time, lyrics and music are born within a few seconds of each other.  We discussed a possible direction for lyrics, and he helped me find good color and intent.  I absolutely loved working with him.  Again, Sam?

The writing and recording took place in a friend’s bedroom in Baltimore, MD from about 4-9 pm (Right before our show!).  You’ll hear extraneous sounds here and there throughout- the kind of which I’ve heard cellist Zoe Keating describe as “artifacts”.  I like them- friends laughing downstairs, Sam’s breathing in the beginning, and even when I clear my voice before the first chorus.  I would argue that the chorus melody was mostly designed by Sam, and I can even hear Ugly Purple Sweater in it, which makes me smile; another fantastic reason to collaborate is being challenged with another melodic idea that wouldn’t have come to you naturally or might not be the easiest to sing or play (damn those high descending lines!).

With the mic balanced on the top of my cello case, we put down guitar and vocals simultaneously, preferring the third take, I think.  Sam’s vocals were laid down right after, though we redid them hours later because of an annoying buzzing.  Cello and other vocals were over-dubbed later.  This is yet another example of having to stop when I’d really rather not.  I can easily hear, and had planned, bowed cello lines, but I just ran completely out of time.  It’s obviously not perfectly engineered, but you’ll hear the intention, I hope.  I’m frustrated with the hiss I’m hearing, but I have done my best to improvise with what I have.  Hopefully, one day in the near future, we’ll be able to record this for real.

I really love this song.  It was a very personal experience  for me to see this song to such a high level in an amazingly short amount of time, and, to involve someone I deeply respect, makes me so grateful it happened this way.  Love you, Sam.