Lots of thoughts about a lot of things all around at the moment, but I’ll post this today with more to come… 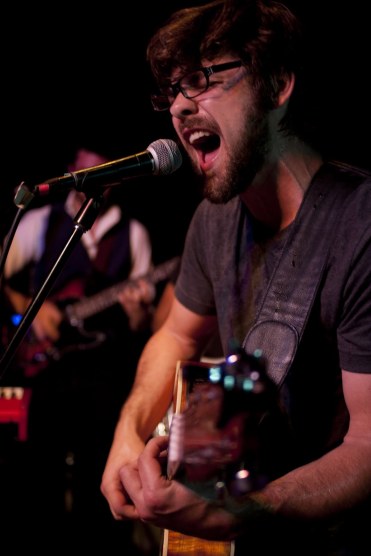 There is a musician you need to have in your regular musical vernacular.  His name is Sam McCormally.  He is the voice of Ugly Purple Sweater (who have recently released a beautiful new album).  Sam and I have collaborated on the 365 many times, released a song on a Pearl and the Beard EP, and continue to admire and support each other’s work in the real world.

As the 365 is a journal of sorts of my musical life, I would be amiss if I did not include two beautiful pieces written by Sam McCormally (playing guitar and piano) on which he asked me to play cello.  He is not only a talented songwriter but scores for film as well.  These two compositions I’m posting for you were written for a film he was working on, but, like most film scoring, a piece is bound to not make it into the final score.  In this case, one of my favorites that didn’t actually make it into the film was recorded in a stranger’s house earlier this year.  I am going to post the first of his two compositions today, as he just sent me the final mixes yesterday afternoon.  I hadn’t heard them in months.

He and I played this live together, but the quality of the piano Sam recorded on didn’t quite capture the piece as he had envisioned.  However, it still stands as a great testament to Sam’s fine musical ear and talent for tone color.

At the time of this recording, I had been doing so much songwriting and improvising that coming together with another musician to play off of a score was so refreshing.  Every kind of activity uses different parts of the brain and body – this was muscle memory I had been neglecting.  I miss collaborating musically over a score in this way (like a classical trio or quartet might do) and working with Sam in this way was especially rewarding. 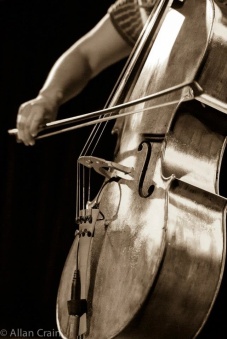 It’s funny how events in your life lead you to people who introduce you to people who introduce you to other people and so on.  I met a man through a girl I performed at Puppet Playlist with in New York who creates web documentaries who was looking for music to add to his films.  She put me in contact with him, and he recently contacted me to do some work for him creating instrumental pieces.  He doesn’t really ever need anything longer than 1.5-2 minutes, so it’s really nice, but also challenging to fit what he needs in that space of time.  He’ll send a request saying: (This isn’t an actual request, but they kind of sound something like this), “This is going to go into a short documentary about an art collector from the Sao Paulo, Brazil.  There will be voice overs, so something minimal but moody and moving forward and building to a climax at the end.”  I really like him.  He’s patient, enthusiastic but honest and straightforward.  He’ll tell me straight away if it’s not working.  It’s great working with him.

This piece was created from his request that I either compose or improvise something over a drum track he sent me (which you can hear a solo section of in the beginning).  He gave me specific direction on mood and what he was looking for, but not so specific that it was limiting.  I ended up creating 4 different trial tracks for him to use.  This being the second one, it wasn’t until he sent me an actual clip of the scene I was writing for that I understood what needed to happen.  This version was much too busy and chaotic especially considering there was to be quite a bit of voice over.  I need to finesse the end as well.  He ended up liking the 4th, much more Philip Glass-inspired, composition I sent him.  Ever heard of Philip Glass?  I highly recommend him – look him up and have a listen.

I’ll be honest and tell you that this is largely an improvisation – responding to each of the three cello voices as they were added on top of each other.  For those of you who have followed the 365, you know this is my preferred M.O. a lot of the time, but I enjoy traditional scoring as well.  In this case, where I was sent a drum track that ebbed and flowed within itself, it was easier to feel it out improvisationally rather than a formal score.

1. Original drum track sent to me

I moved to Brooklyn last year into a very small apartment, and I’m still trying to find the sweet recording spots hidden within it.  This recording was done a little hastily as I was leaving for tour and wanted to get something out as soon as possible.  Someone should publish a book on how to build a quickly collapsible recording space into the tiniest apartment  – because you still have to walk around, cook dinner, and play with your dog while tripping over all of your recording equipment in the corner of the room.

My bedroom is now cavernous.  I put a mic in the middle of the room and did some heavy improvisation to play with the sound.  I stacked 2 cello tracks, both being in different places in the room.  I also gave myself a time limit.  I liked trying this even if it’s a bit haphazard.

I like the bells sound I got out of today, and I might use it later for something else.  Instead of lifting off the mallet after the strike, I left it on the bell, stopping the vibration.  There is no effects on these tracks… all virgin!

I am sick as a dog, but hoping to be better by Saturday.  Hie-ho! Hope you are doing splendidly.

Band recommendation of the day: Lost in the Trees. 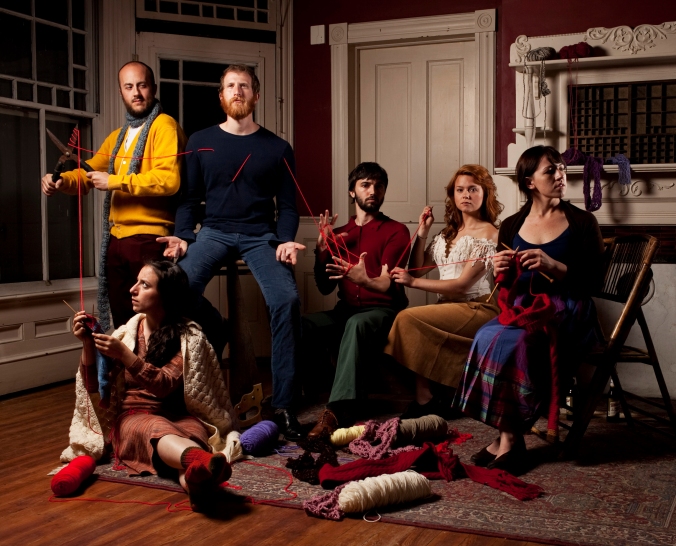 Saw them live on Monday at Mercury Lounge here in New York (for the second time and yet again: AMAZING.)  Also, read about what they are doing with orchestra kids in this awesome program: Project Symphony

Bells and Cello in an Empty Room (Improvisation)

Thanks to Anna Vogelzang for her polaroid shot of the Maine coast!

Holy crap. Day 200 is almost upon us. The INTENSITY.

The idea behind this one is the following:

This is based on the idea of being constantly one step behind.  And even though thoughts might resemble each other, they reside on a different plane or live in a different time: just one moment too late.

I wanted a more dry sound for this Part III but wanted each voice to have more energy which is what took me so long to finish this even though it’s very short.  I experimented with different bow strokes and lengths, as well as different speeds of vibrato for the main motif.

Continuing to move today. It is necessary melancholy for me that won’t last very long… I will go eat some gluten-free pancakes now, I think.  Yes. That is what I will do.  Happy Friday to you!

DAY ONE HUNDRED AND NINETY-EIGHT 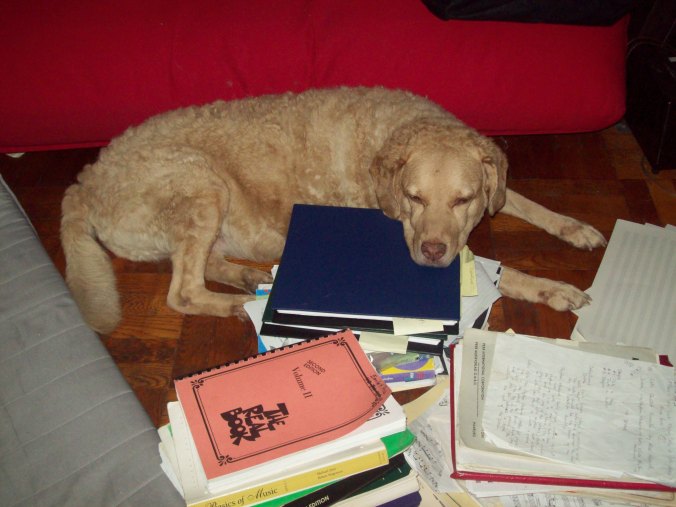 Today’s song is simple, improvised and short.  I have spent the last several days taking smaller moving trips instead of one big one to lessen the burden later next week.  I am eager to get this done.  It’s important for me to do the hard things first and very quickly, that way I can kind of forget I did them at all.

This is a scene.  What’s happening, you ask?  …I’m not sure exactly, though I have an idea…I guess I need to wait and see, and then I’ll let you know.