Good morning dear friends… well, it’s been fairly obvious I’ve been away from the 365, but it’s in good form, I think.

Though accompanied by a little sadness for the 365 on my part, my posting today comes with some wonderful news that I’ve been waiting to share with you for quite a long time.

There has been a break in the 365 because (holy crappo)…

I am SCORING A FULL-LENGTH FEATURE FILM

(more info on this in a bit)

I was approached by the director some months ago and, after a looong wait with getting all the initial stuff settled, I’ve begun to weave a world that will hopefully be loved by the filmmakers and fans alike.  I didn’t see this coming when I started the project either, but, in any case, I am swamped and have decided to break away from posting every day for the project.  I plan on picking it up as soon as scoring is done, and that has to be within the next little while.  I will not let the 365 go unfinished!

Pearl and the Beard is still touring and performing during this time, however, so I’m going back to writing on the road like I did early on in the project…. this time, it will be for a movie (and you know how much I love movies).   We depart on November 4th! 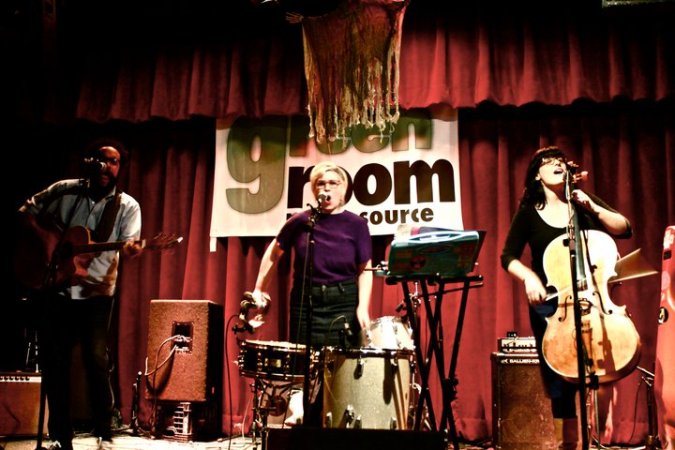 Pearl and the Beard performs their 3rd of 5 shows at CMJ. Phew! Photo: Jon Barker

So I will say to you: Keep safe and happy until I speak to you again in a few weeks.

Until then, I will leave you with a little news from the 365:

Franz Nicolay put Z for Zachariah on his new album!  We re-recorded it, and  I really love it and hope you do, too.

Check out the Z for Zachariah and whole album here. (itunes)