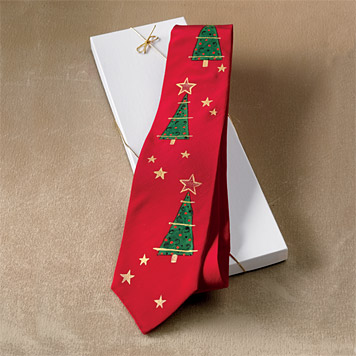 It is fourth of July in New York City.  My friend Mark Broschinsky, trombonist, phD, and all around great person, came to hang with us for the holiday for a bit and play some holiday Scrabble.  Why the title?  Well, Jonathan ended up countering today’s holiday by wearing a Christmas tie my dad made him pick out a few years ago; hence, Christmas Tie.

In New York City fireworks are illegal and this holiday tends to send up the fiery flags of the young and old.  You can hear its repercussions in the back ground (though, I must tell you, it’s not that different on a non-holiday… but…).  Mark is a fantastic new music composer.  Of all the instruments in my house, none of them being a trombone mind you, he chose the bells.  A tritone is his favorite interval, so he played a bit of that in today’s song.  I feel it’s an appropriate interval for the 4th of July.

In this exercise, I decided to go more “classical-trad” with the vocals for fun.  The term sprechgesang came to mind (though it’s subtle here).  Music learning is so cool, isn’t it?!  The piece Pierrot Lunaire by Arnold Schoenberg is a weirdly awesome, wonderful piece to hear for the first time if you’ve never experienced it.

Jonathan played the wooden trays from our Scrabble board and the Scrabble “snack-pack” for all the letters.  There is also a tiny bit of thumb piano.

In any case, I AM TWO DAYS FROM BEING HALF WAY.  Stay tuned for a mid-way reflection when it comes!

On a personal note: I have decided to cut out dairy and gluten to see what happens.  Today is the first full day where I think I actually did it.  Holy cow, there are people who do this?! It’s impossible.  I have to think about what I’m putting in my mouth now?!  What?!  Feeling good.

And you?  HAPPY FOURTH OF JULY, AMERICA!

I will just go ahead and assume that Jonathan and I will be two of the only people who think this is funny.  I challenge you!  I asked Jonathan, yet again, to save the day and suggest something for the song of the day.

LORD OF THE DANCE!

Here is his description of where this song came from.  This is a true story that happened to him on a trip with several of his friends.  It became a memory that we relived today in a dramatization:

There I am, driving through Yellowstone at night.  The car approaches a looming silhouette that looks uncannily like a full-grown grizzly bear standing up on its hind legs.  Just as I am taking in this shocking discovery, a flashing hazard light on the side of the road flashes and illuminates the figure that now appears to be nothing but a spruce tree.  Feeling comforted by the new revelation, I continue in the car toward the figure and the light turns off.  Is that a bear?  The car gets closer.  Tree. Closer. Bear. Closer. Bear! Tree? Bear? Tree! Bear!

I have a neighbor named Sarah who walks her pug Otto.  I saw her today and she said, “So, what are you going to write about today?”  I said, “I don’t know.  Give me a word!  Any word.”

In the shower, a place of incredible insight, I came up with this idea.  Now, I am leaving now, at 9 am EST, to go to a matinée (Matinee’s in New York are before noon.  Otherwise you’re paying $12 a ticket to see a new movie until instead of $6 bargain matinée price.  In Utah, $6 used to be the “expensive” late night price.  Oh, movies.  Why must you be so dumb?!)  I am trying a new thing for me: writing the lyrics out completely and then putting the melody to it after.  I have started on the lyrics and, when I return from my sojourn into movie land (as I haven’t seen a movie in the theatre in a long time!), I will finish it all up.  So, here are the lyrics so far.  Sarah’s idea of color lead me to ye-olde-letter-game like the version of L-O-V-E by Nat King Cole.

I find doing lyrics first really weird and motivating.  It’s like getting a new hair cut and waking up every day wondering what in the world it’s going to want to do today… (is that a weird analogy or what!?)

So far, I’ve come up with the idea of writing about Potiphar’s wife and Joseph in the bible…will discuss this later.  This idea didn’t come to me until the second verse, so I might have to revisit the initial bunny line, since that was the first line that came to me… would Potiphar’s wife have a bunny?

Hello!  I am posting the finished draft of the song.  Phew!  This was a tough one because I tried to stay within the color theme, but ended up abandoning it for the sake of images I would rather use (rather than bunnies or purple dresses).  I kept with the Potiphar’s Wife and Joseph theme as it kept me in line and on track.  I’m having trouble finding my “muse” recently.  Admittedly, I’ve been lazy with the melody today in section B and improvised it.  But, I don’t mind using the letter game to get lyrics out and don’t feel bad with not sticking with it, though I tried not to change too much to keep the integrity of the exercise, as I ended up with some images I really like.

Bring back the bunny you bought for me, boyfriend
Love me forever and lie with me softly
U lick the back of my fat little fingers
Everyone knows us, but don’t know what we are
Ring of my finger to cover the stretch marks
Enter the space where my heart use to be
Dye my dress purple to find me so quickly
You have a space in the midst of my summer
Even as elephants trample my flowers
Lie, won’t you lie with me in the deep winter
Lover, I’ve come to you over and over
Olive branch give me, my healing baptizer
Will as I will you, I plead your surrender

This is the revised version I ended with

Lie with me now, Love me for always
You lick the back of my fat little fingers
Everyone knows us, but no one knows that we’re sinking
Ring of my finger to cover the stretch marks
Enter the space where my heart use to be
Plant there a garden, the shape of which will fill completely
You have a space in the midst of my summer
Even as elephants trample my flowers
Lie, won’t you lie with me in the deep winter
Lover, I’ve come to you over and over
Olive branch give me, my healing baptizer
Will as I will you, I plead your surrender
Lie with me now, Love me for always

Let’s get right to it…

How does Pearl and the Beard get people to come out to their Midwest tour shows!? CONVERSION VAN ICE CREAM!!! AHHHHH!!!!

I have been on Craiglist searching for vans, cars, SUVs, one bedroom apartments, two bed room apartments.  I don’t think I’ve ever been so in tune to my own posture in my life.  Things aren’t coming together any smoother than they were last week, but I’m past the black hole stage of hopelessness, I think.  At the other end, I’ve come out obsessed with conversion vans and industrial loft apartments (both pipe dreams here in New York, I’ll have you know…)

In any case, today’s song is in honor of all those scammers, jerk-faces, and lame-o’s who had a sweet conversion van for sale (that I probably shouldn’t have been looking at anyway) but didn’t show up to show it to me when we had an appointment to do so.  It’s also in honor of all these hours of looking, searching and googling to find the perfect MPGs.  Sigh.  Man, I think I might miss it when it’s all over… NO. NO, I WON’T.

The main line of this song is I will eat you alive in the Garden of Eden.  This came from a sample piece that came to me somewhere, and I sang it into the crapiness that is my phone recorder.  I stumbled upon it today and used it for this.

What weird thing have you found on Craiglist recently?  Hmm… maybe don’t tell me… kind of don’t want to know.  (But secretly do.)

SEARCH ON MY WILD DIAMOND!  SEARCH ON!

Garden of Eden (I Will Eat You Alive)